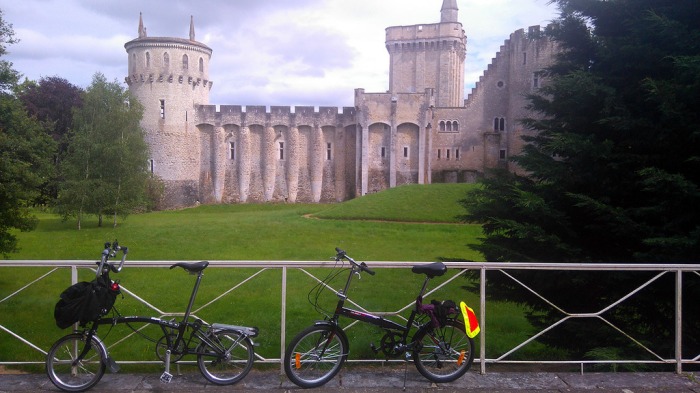 Jeanne d’Arc has never been here. However, there is a link. Château-Guillaume is said to have been founded by Guillaume X, duke of Aquitaine, father of Alienor of Aquitaine (1137-1152).

The legend says that Alienor was born right here,  at Château-Guillaume.

It is her marriage to  Henry, Count of Anjou and Duke of Normandy that gave roots to the 100 Years War.

Two years after the wedding Henry and Alienor were crowned as King and Queen of England.

Alienor was also a Queen of France. It was a legal ground for the English to claim France as its domain. (The claim was legally dismissed only in 1789 after the French Revolution abolished the monarchy.)

Meanwhile, the 100 Years’ War was in full swing when Jeanne was born in 1412. By 1428 France had lost half of its territory and, aside from Scotland, had no allies.  The situation was desperate when, at 13, she started hearing her “voix”.

At 16, following the call, she left her home in Domremy and crossed France to meet Dophin Charles at Chinon. The rest is history.

When the English burned her in Rouen she was still a teenager.