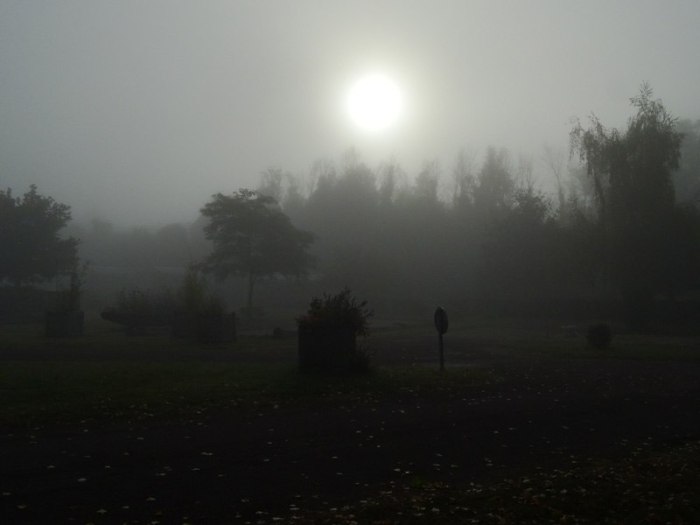 Loches. The tomb of Agnes Sorel, the official mistress of Charles VII. The king for whom Jeanne gave her life in Rouen.

In 2005 they excavated the tomb and examined the DNA. The facial part of the skull is well-preserved. There is an exhibition of the finds, next to the effigy.

The Chinon valley along the Vienne river is all covered with famous vineyards.

Some roads are not good for the small bike wheels!  This one could be from the Roman times. 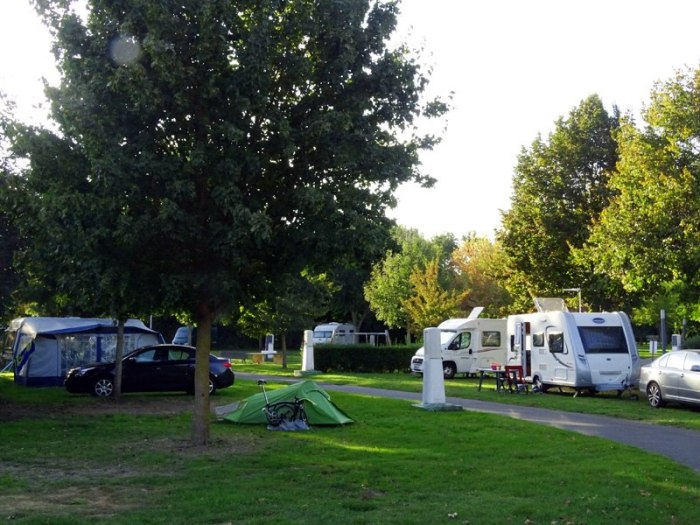 My green tent and the Brompton. Camping in Chinon

The Chinon castle. People picnicking on the beach. In France, you can drink wine anywhere you like. 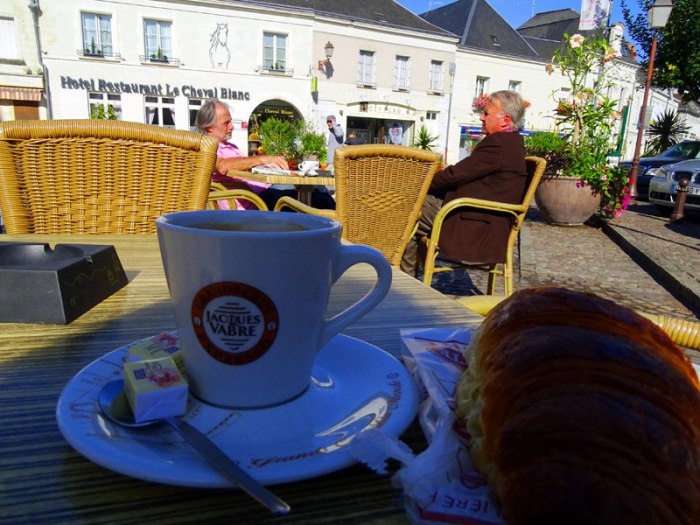 A morning in Bléré.  Stopping for a coffee and a croissant.

My lunch in Blois

The bridge that the French army crossed as the first move against the English to liberate Orleans. The army and supplies had been assembled at Blois. Jeanne’s title was “Chef de guerre” – the chief of war. She took command of the troops at the age of 16.